Decades have passed since the Armistice that ended World War 1, “The War to end all Wars.” Since that time, conflicts have continued to rage around the globe, but we still hold fast to the idea that peace is possible, and we continue to work towards that goal.

Remembrance Day in Australia commemorates the noble sacrifices of armed forces and civilians during times of war. At the 11th hour of the 11th day of the 11th month, one minute of silence is observed across the country to mark the cessation of hostilities on the Western front during WW1 after over four years of gruesome warfare.

Healesville RSL Service: 10:45 am – 11:30 am at the RSL Memorial followed by light refreshments in the Gallipoli Lounge

The ANZAC tradition, the ideals of courage, endurance and mateship that are still relevant today was established on 25 April 1915 when the Australian and New Zealand Army Corps landed on the Gallipoli Peninsula. It was the start of a campaign that lasted eight months and resulted in some 25,000 Australian casualties, including 8,700 who were killed or died of wounds or disease.

The men who served on the Gallipoli Peninsula created a legend, adding the word ‘ANZAC’ to the Australian and New Zealand vocabularies and creating the notion of “ANZAC spirit”. In 1916, the first anniversary of the landing was observed in Australia, New Zealand and England and by troops in Egypt. In that year, 25 April was officially named ‘ANZAC Day’ by the Acting Prime Minister, George Pearce.

By the 1920s, ANZAC Day ceremonies were held throughout Australia. All States had designated ANZAC Day as a public holiday (October 1925 in Victoria). Commemoration of ANZAC Day continued throughout the 1930s and 1940s with World War II veterans joining marches across the country.

In the ensuing decades veterans from the conflicts in Malaya, Indonesia, Korea and Vietnam joined the march along with those who had served with our allies and in peace keeping missions. During the 1960s and 1970s the number of people attending ANZAC Day marches decreased. However, in the 1990s there was a resurgence of interest in ANZAC Day, with attendances at marches and services, particularly by young people, increased across Australia. Many young Australians have made the pilgrimage to the Gallipoli Peninsula to attend the Dawn Service.

This resurgence has continued in the 21st century with the focus on our contemporary veterans from campaigns in Iraq, Afghanistan and our immediate regions.

Please note there is no public service this year (2021)

Assemble at corner of Maroondah Highway & Church street – 9:30 am

Service at the Healesville Memorial Hall 10:20 am (inside if raining)

Should assistance be required to attend or march in any of our services  or you would like to lay a wreath as a part of the service, please contact us on 5962 5017

The Dawn Service observed on ANZAC Day has its origins in an operational routine, which is still observed by the Australian Army today.

After the First World War, returned soldiers sought the comradeship they felt in those quiet, peaceful moments before dawn.

The daytime ceremony was for families and other well-wishers, the dawn service was for old soldiers to remember and reflect among the comrades with whom they shared a special bond. Before dawn the gathered veterans would be ordered to “stand to” and two minutes of silence would follow. At the end of this time a lone bugler would play the “Last Post” and then concluded the service with “Reveille”.

In more recent times the general public has been encouraged to take part in dawn services, and services in Australian capital cities have seen some of the largest turnouts ever.

Please note there is no public service this year (2021)

Followed by a complimentary “Gunfire Breakfast” in the Lighthorse Bistro 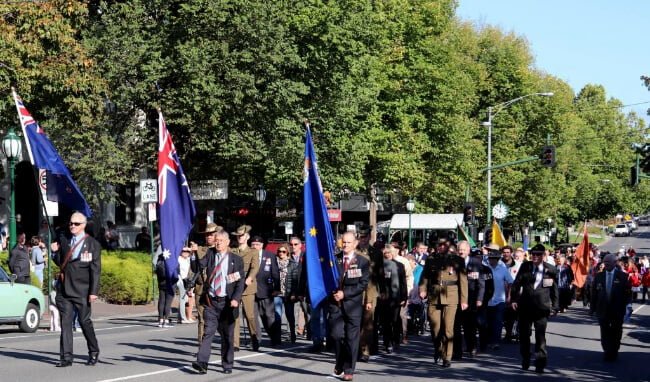 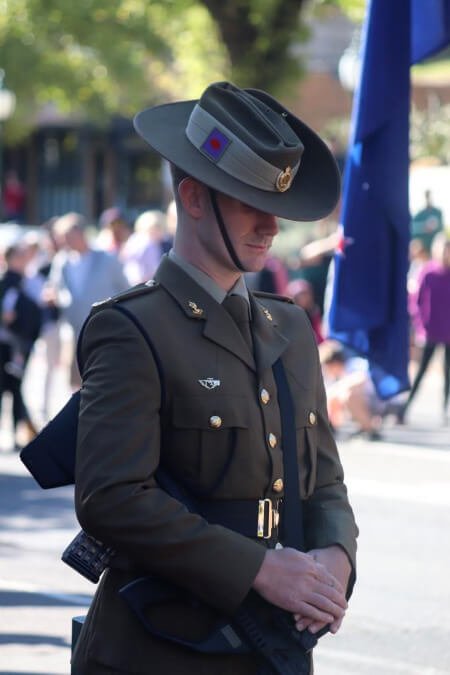 August 18th is Vietnam Veterans Day. Originally it was a day to commemorate the Battle of Long Tan in 1966, it has since been adopted by all veterans.

“The battle of Long Tan was the largest single unit battle fought in Vietnam by Australian troops. It began on the afternoon of August 18th and went right through the night until the morning of the 19th. “

In acknowledging Vietnam Veterans’ Day Communities throughout Australia remember the sacrifices made by our young men and women in a conflict that spanned a ten year period, thus making it the longest war in which Australian’s participated.

Services on 18th August are held by Yarra Valley RSL’s by rotation. 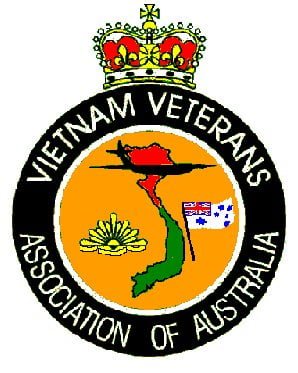