“Defending Australia and its national interests”

Air Force provides immediate and responsive military options across the spectrum of operations as part of a Whole of Government joint or coalition response, either from Australia or deployed overseas. We do this through the key air power roles – control of the air; precision strike; intelligence, surveillance and reconnaissance; and air mobility – enabled by combat and operational support. 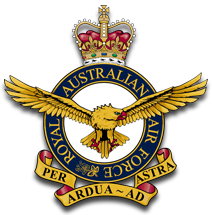 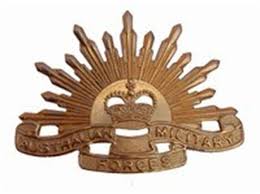 Australian Army officers receive a commission that is personally signed by the Governor-General of Australia, acting for the Monarch, Queen Elizabeth II, of Australia.

Officer Cadet (OCDT)
The rank of Officer Cadet is given to those who are studying at the Australian Defence Force Academy. Their rank is then changed to Staff Cadet upon entry to the Royal Military College, Duntroon (RMC-D) where they become a part of the Corps of Staff Cadets. Officer cadets wear a 10mm wide white stripe, on a DPCU slide or hard shoulder board, as their rank insignia. Officer Trainees in University Regiments undergoing Army Reserve Officer Training have also been known as Officer Cadets as of November, 2009. Previous to this they administratively belonged to RMC-D and were known as Staff Cadets. Staff Cadets are presently only full-time RMC-D officer trainees. Staff Cadets wear “RMC” on their rank slides in order to distinguish them from other training establishments.
Lieutenant (LT)
Lieutenant is a rank typically held for three years. They normally command a platoon or troop of around 30 soldiers and with experience may command more specialised platoons/troops such as mortar platoon or a reconnaissance troop. Along with Captain, they comprise the subaltern ranks.
Captain (CAPT)
Captains are normally second-in-command of a sub-unit of up to 120 soldiers. They are key players in the planning and decision-making process within tactical level units, with responsibility for operations on the ground as well as equipment maintenance, logistical support and manpower.
Major (MAJ)
Promotion to Major generally occurs after 8-10 years service. Majors are field rank officers who command a sub-unit – a company, squadron or battery – of up to 120 officers and soldiers with responsibility for their training, welfare and administration as well as the management of their equipment. Majors are also employed across all levels of headquarters in staff roles.
Lieutenant Colonel (LTCOL)
Lieutenant Colonels typically command units of up to 650 soldiers, containing three to five sub-units. They are responsible for the overall operational effectiveness of their unit in terms of military capability, welfare and general discipline. Lieutenant Colonels also hold staff officer appointments on headquarters at the Brigade level and higher.
Brigadier (BRIG)
Brigadiers command at the Brigade level and are also Directors General within Army Headquarters and non-Army groups. They are responsible for branches within the headquarters such as Personnel, Operations and Career Management. The rank of Brigadier is referred to as ‘one star’ rank.
Major General (MAJGEN)
Major Generals command formations of division size, or equivalent, and hold senior executive appointments within the Department of Defence such as Special Operations Commander – Australia. The rank of Major General is referred to as ‘two star’ rank.
Lieutenant General (LTGEN)
Lieutenant General is the second-highest active rank in the Australian Army. The Rank of Lieutenant General is held by the Chief of Army, currently Lieutenant General David Morrison AO. The rank is also held when an Army Officer is the Vice Chief of the Defence Force, the Chief of Joint Operations, or the Chief of Capability Development. The rank of Lieutenant General is referred to as ‘three star’ rank.
General (GEN)
General is the highest active rank of the Australian Army. The rank of General is only held when an Army Officer is appointed as the Chief of the Defence Force, currently held by General David Hurley AC, DSC. The rank of General is referred to as ‘four star’ rank.

The Australian Army does not use the term ‘enlisted’ to describe its non-commision ranks. Instead, personnel who are not Commission Officers are referred to as Other Ranks. These personnel are Soldiers, Non-Commissioned Officers (NCOs) and Warrant Officers (WOs).

Warrant Officer Class One (WO1)
The senior soldier rank in the Australian Army, typically reached after about 18 years of outstanding service. WO1s are the senior advisors of their unit’s Commanding Officer, with leadership, discipline and welfare responsibilities of up to 650 officers and soldiers and their equipment. The Sergeant Major of a unit is a Warrant Officer Class One and holds a special position within the unit as the commander’s right hand man and his senior soldier. He or she is known as the Regimental Sergeant Major regardless of whether the unit is a Regiment or Battalion. WO1s also fill very senior and important supervisory roles as clerks, tradesmen, storemen and in technical trades and have titles such as Regimental Quarter Master Sergeant, Trade Conductor and Senior Technical Advisor. WO1s from all corps can be employed as advisors, career managers and senior instructors. 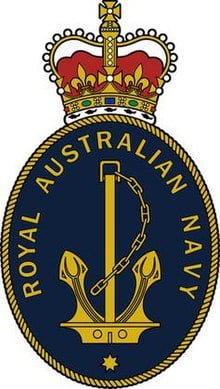